[photo] Tracking in the Galápagos 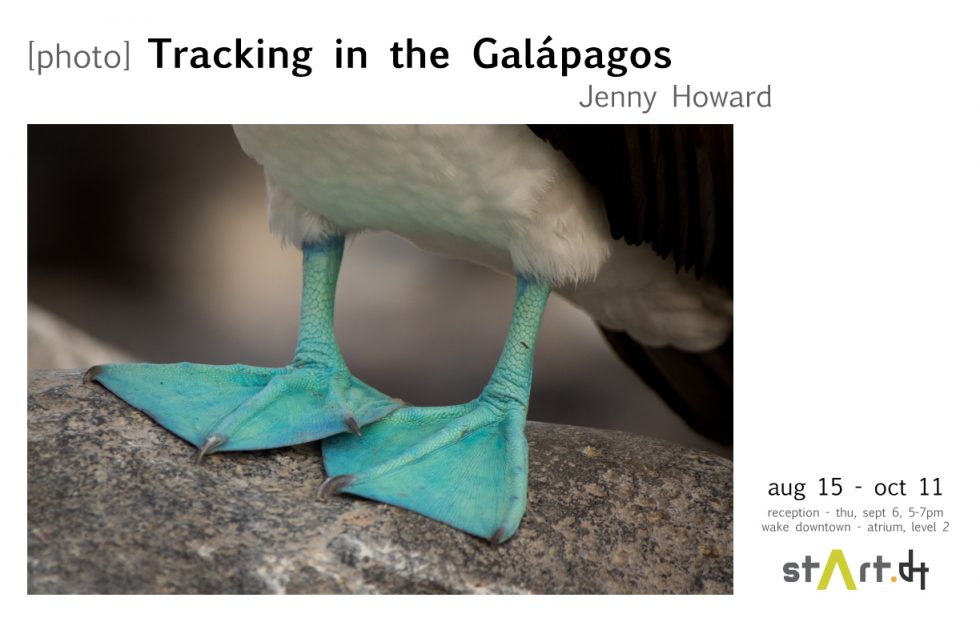 [photo] Tracking in the Galápagos

As a Biology PhD student, I had the opportunity to collect data for my dissertation research on Isla Española in the Galápagos Archipelago, ~ 600 miles off the coast of Ecuador.  Our lab has intimately studied the breeding behavior and ecology of a large seabird, the Nazca booby (Sula granti), since 1984, making this a very valuable long-term natural study.

Biology aside, the experience is unique: Camping on the remote island for months at a time, we bring all the food, water, and supplies four to five researchers will need for the duration of the trip. We bathe in the ocean amidst playful sea lion pups and do laundry in a bucket of sea water, using sand to scour away the crust of bird guano that stains our clothing from working with the seabirds.  During meals, we share our daily triumphs, like seeing a Nazca booby lay an egg.

The seabird colony, where the Nazca boobies nest on the ground, is close enough that the birds can be heard at night from our tents. Over the course of one season, we monitor daily more than 2,000 nests to collect information on the parents, egg lay date, hatch date, and chick survival. We put a uniquely-numbered metal band on the leg of all surviving chicks to follow individuals over their whole lifespan, helping compile a long-term database on the birds’ breeding behavior. We mark each nest and use blue, non-toxic Sharpie to distinguish eggs; “A” is the first egg laid and “B” is the second egg laid — you might notice some of these details present in the photos.

Living and working on Española can be difficult to describe and sometimes photos can’t even encompass the magic of the island. In addition to the studied Nazca boobies, sea lions, gulls, albatross, lizards, marine iguanas, and the famous Darwin’s finches all live and breed on the island. Photography for me began as a fun way to pass free time on the island and to share the incredible experience with family and friends.  As I spent more time on the island and my interest in photography developed, I sought photos that captured the animals in the context of their habitat. Many photos were simply due to luck, like encountering mating swallow-tailed gulls. Some were driven by a scientific purpose, like recording the type and amount of fish that a Nazca booby catches during a foraging trip. Other photos I had to work for, and took multiple field seasons to achieve. For example, capturing many of the blue-footed booby foot detail shots and the individual in flight happened during my last field season.

Transforming the science into visually captivating images was a powerful idea for me. Often the more pristine photos of birds without metal bands might be preferred aesthetically, but the photos with the banded individuals have an additional layer of significance because the bands are so integral to our research. Though much of the experience was viewed through a scientific lens, the colors and engaging wild subjects of the Galápagos hopefully also create an emotional connection with the viewer. Though these photos mainly focus on one individual or one species in a single frame, these animals that are inhabiting the same space as the boobies noisily, or quietly, all cross paths on the island.

Jenny Howard is a Biology PhD candidate working with Dr. David Anderson at Wake Forest University, whose research focuses on the evolutionary and behavioral ecology of birds, specifically the Nazca booby (Sula granti) breeding on Isla Española in the Galápagos Archipelago. Her dissertation research focuses on the foraging behavior of Nazca boobies: how do the birds find fish and how does that ability change with age? Graduating from Kenyon College in 2009, she participated in field work with a range of biological projects, from forest ecology in Guam to Atlantic puffins in Maine, before starting her PhD.