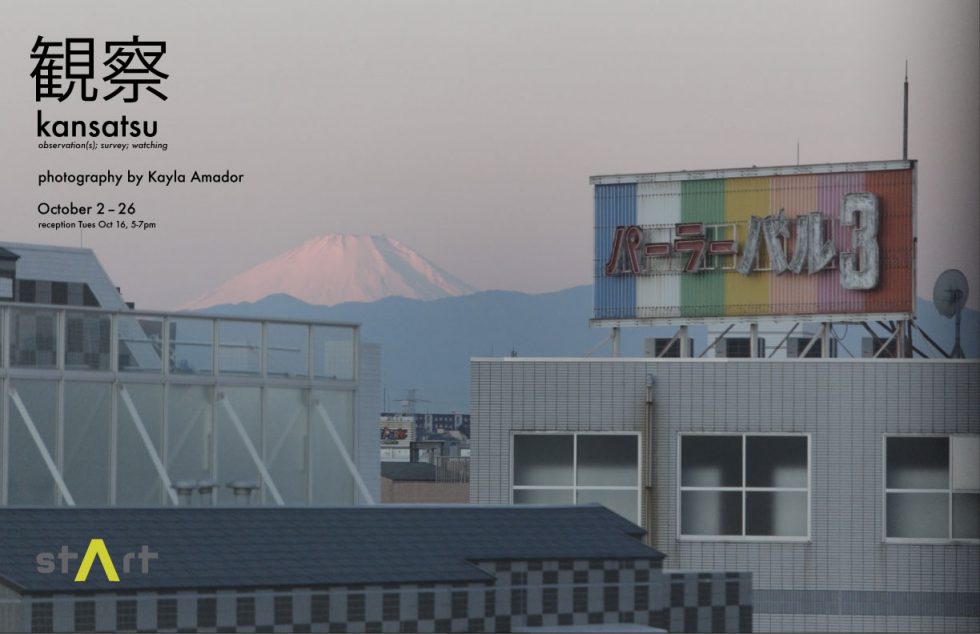 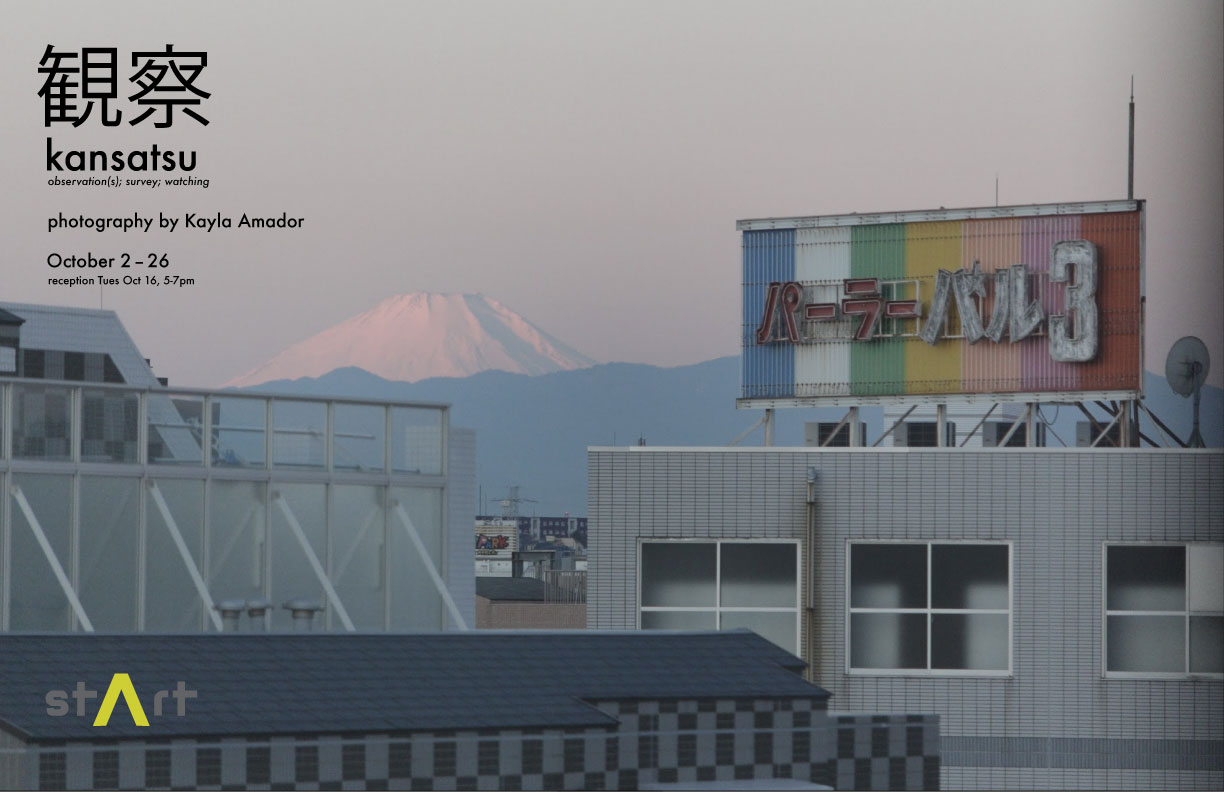 “This exhibition consists of photographs I took during my semester abroad in Japan, from January to April 2018. Immersed in new surroundings, I spent my time learning, living and traveling in and beyond the metropolis of Tokyo. My purpose in studying abroad was to further my education in Japanese Language and Culture, and to take another stride towards fluency in the Japanese language. Hoping to be able to make the most of this opportunity, and wishing to artistically preserve my experience, I wouldn’t leave the dorm without my camera.
The Japanese writing system consists of a combination of three scripts: two syllabic sets of characters called ひらがなHiragana and カタカナKatakana, and logographic Chinese characters adapted into Japanese called 漢字Kanji. Over the course of the semester, I found myself drawn to the visual presentations of language that I encountered day-to-day – combinations of these Japanese scripts, interacting with various spaces, and juxtaposed with other languages such as Chinese and English. These photographs are the result of my attempt to keep track of language as I encountered it in Japan, language that directs, demands, exhorts, prohibits, that produce unintended humor in translation, that advertises, that names important people and places, that references popular culture; some that I could not yet understand at the time, and some that I could. I would photograph these instances of encountering a collision of language, out of aesthetic interest, and as a way to learn how to read Japanese.
観察 Kansatsu is a Japanese word that refers to the act of observation. There is perhaps an element of invasiveness to the idea of observation. Yet as artists, observation of different kinds should be fundamental to what we do, and it can lead from mere interest to empathy to understanding, as much as enable surveillance. I felt self-conscious, though I did not feel that I “fit-in” in Japan any more or less than I did in America, nor did I seek to. Thus I settled rather comfortably into this role of an observer, not able to completely assimilate or understand – but able to relate and interpret – many similarities and differences. I found great interest in the everyday use of written text and its function in society and felt it important to draw attention towards it in my work.
In completing this exhibition, I would like to thank: my mother, younger sister, and grandparents; Professor Yasuko Takata-Rallings; friends whom I’ve made domestic and abroad; Paul Bright, Katie Wolf, Jay Buchanan, and the START Gallery, and visitors to this exhibition, for supporting me, my interests, and pursuits in art and language acquisition.” – Kayla Amador, 2018