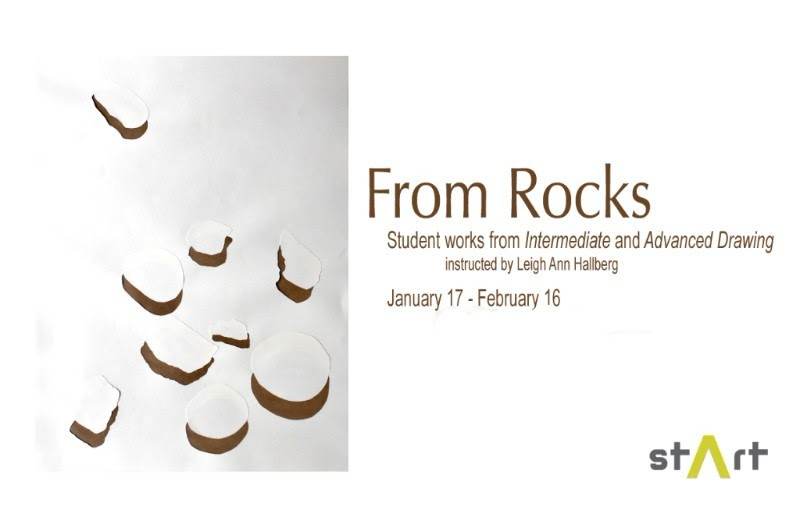 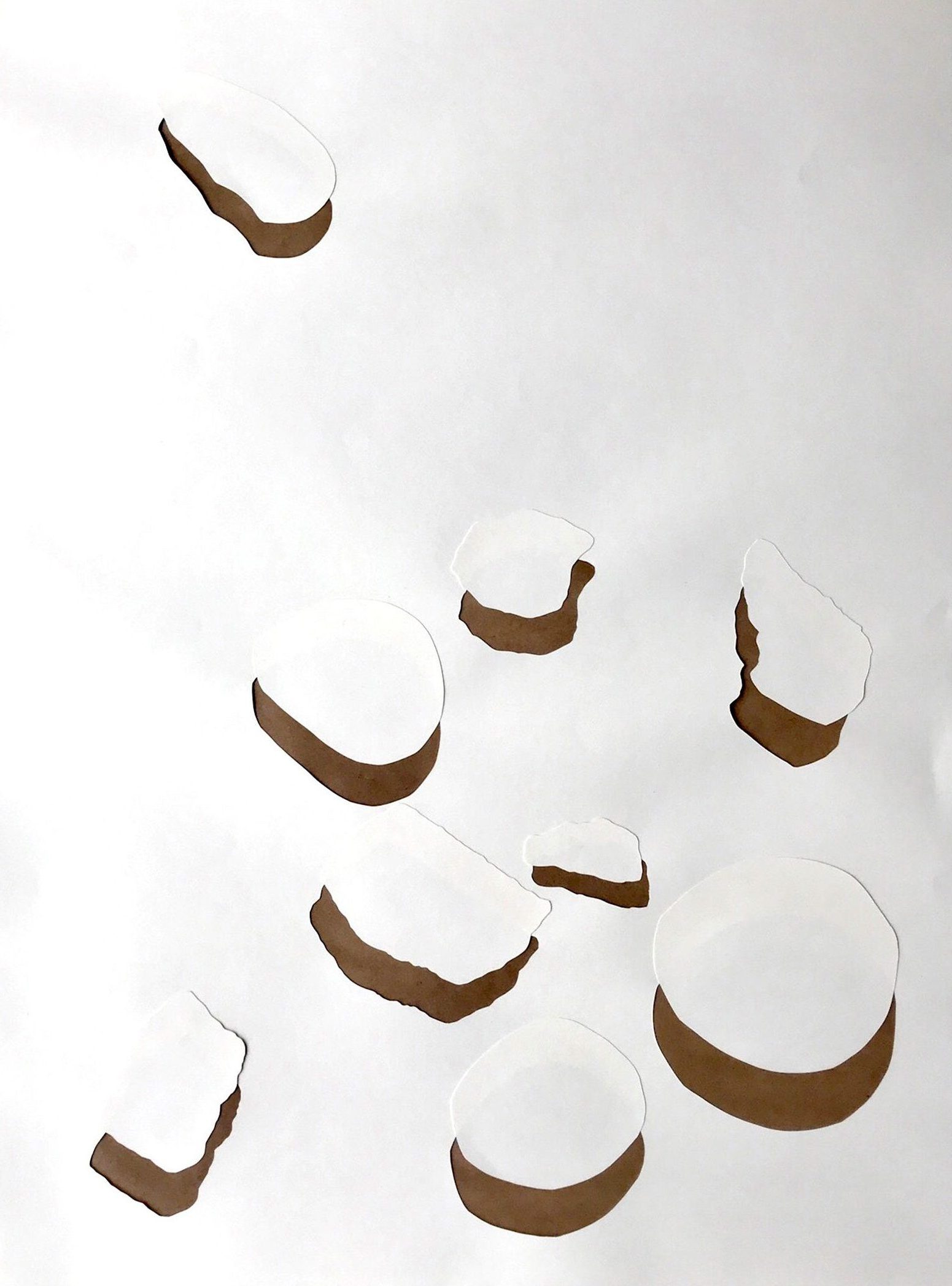 From Rocks is an exhibition of works created by students enrolled in Leigh Ann Hallberg’s Intermediate and Advanced Drawing courses during the fall semester of 2017. The students were asked to make work following the model of John Cage’s Ryoanji, a series of drawings accompanying a musical composition which celebrates the meeting of chance operations and the deliberate aesthetic intentions of the artist. Named for a rock garden that inspired him in Kyoto, Japan, Cage’s Ryoanji drawings began as tracings of rocks which he deliberately selected from his personal collection but placed at random. Hallberg’s students also began with rocks of their choosing, and were tasked with creating drawings which imposed their individuality on the ubiquitous chunks of earth. The resulting works in ink, charcoal, collage, and colored pencil provide some demonstrations of the special role the unintentional can play in the process of making.