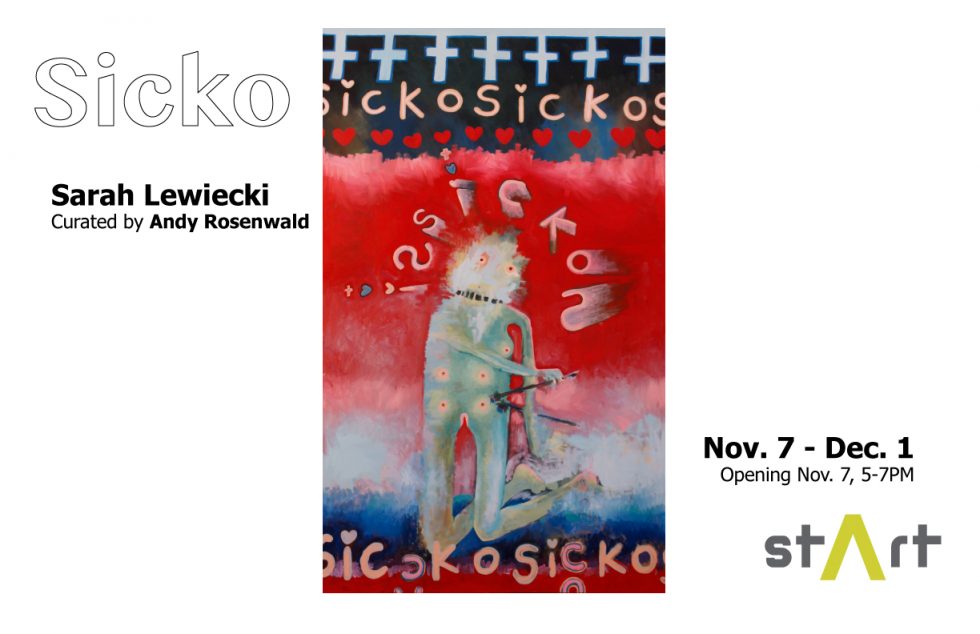 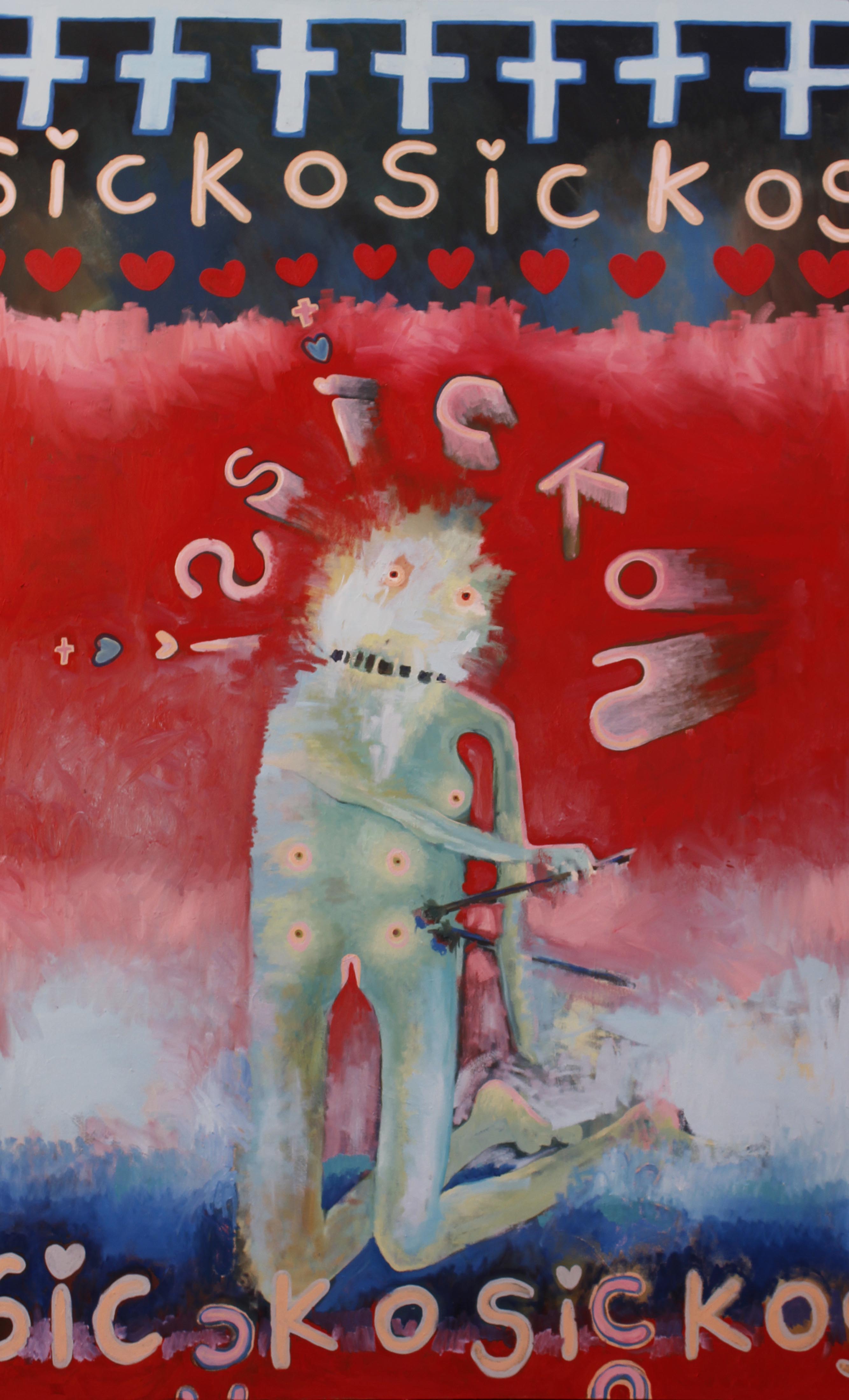 Sicko is a solo exhibition of works in diverse media by Sarah Lewiecki, curated by Andy Rosenwald as part of the gallery’s STARTyourself program. The exhibition examines Lewiecki’s dual experiences: that of her personal identity, and as a demographic member of the millennial generation. Sicko deals with questions of the subversive on many levels. Showing work across media from Lewiecki’s artistic approach – painting, sculpture, collage – the exhibition uses an interdisciplinary lens which implicitly rejects the notion of single-medium mastery. Lewiecki employs a range of materials – from Astroturf to animal hides – to challenge some of the material limitations of traditional artistic modalities. Through a thematic focus on the imposition of norms by the institutions of gender and religion, Lewiecki presents herself through her work as a case study for the anxiety and suspicion with which younger generations perennially meet their predecessors. Rosenwald’s curatorial point of view frames Lewiecki’s work as emblematic of the search for authenticity many young people undertake to distinguish themselves as individuals within a matrix of social prescriptions. Lewiecki pursues this as a member of “the rising generation of Sickos who don’t subscribe to unified conformity.”

Sarah Lewiecki is a senior Studio Art and Philosophy double-major from Essex, Massachusetts. She has been painting since she was a child but has embraced other media as her practice has developed. She uses her work to question of the nature of reality and definitions of normal, informing her art with her experiences as a twin and a social outsider hiding behind “a facade of normality.” Lewiecki grew up with a “contentious relationship with God and the church”, and maintains a skeptical position on religion even as she explores its imagery in her work. She has shown in several collaborative exhibitions at START before, but this is her first solo exhibition. She has worked at Arcade Gallery in London and La Veronica in Sicily, Italy.

Andy Rosenwald is a senior Art History major from Baltimore, Maryland. He is particularly interested in the future of art and “diving into the conceptual.” His undergraduate curatorial experience includes an exhibition at the Sawtooth School for Visual Art and a guerilla gallery in his junior-year dorm. He has also worked with the art advisory firm Flow Advisory, Jacob Lewis Gallery, Sikkema Jenkins and Co., and the Media Lab at The Metropolitan Museum of Art.